It’s been a fantastic start to the year with all sorts of fun and creative projects happening with the Visual Culture team.

We spent a couple of days filming at one of Australia’s leading food & beverage manufacturers – Edlyn. Donning lab coats and hairnets, we interviewed employees and filmed every inch of the state of the art factory in Epping to create a promotional video. Hear what Edlyn has to say about working with Visual Culture:

If you’ve been keeping an eye on our Facebook page, you would have seen updates and photos from a music video we filmed in February.  Visual Culture teamed up with the Rich Webb Band to produce their new music video Stray Horse Canyon. The video was filmed in one day at the wonderfully atmospheric Antique Bar in Elsternwick. We had a fantastic crew of over 20 people involved on the day. The video has already clocked up over a 10,500 views! Watch Stray Horse Canyon here:

Working with OC Communications, Visual Culture filmed the live charity fashion show – FashionConnect at Melbourne’s exotic Spice Market. As part of the Virgin Australia Melbourne Fashion Festival, the event featured iconic Melbourne Designers. Close to 500 people partied the night away – and we captured it all on camera! Check out the event wrap-up video here:

We’ve also been working with our good friends at Deepend to create an awareness DVD for The Stoke Foundation and a number of animated demonstration videos for Intuit QuickBooks. Here are a few videos from Intuit.

The Richmond office got a makeover this month as we transformed our office wall into Melbourne’s city skyline. We filmed the installation video for our client Wall Creations. We also filmed another installation at a family home in Eltham. These fabulous wall graphics are easy to install and look great. 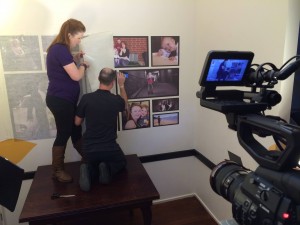 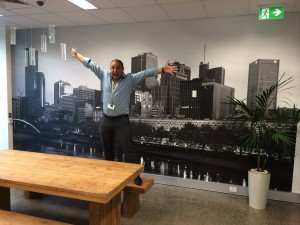 In other news, Simon has packed his outback gear and is heading off on an epic journey to the Northern Territory this week. He’s filming and producing a promotional video funded by Tourism NT and will be in some of the most remote places in Australia. You can follow Simon and his spectacular journey on the Visual Culture Facebook page. Speaking of Facebook – we’re campaigning to reach 100 likes on Facebook – can you help us get there? If you’ve worked with us or know us – show us the Facebook love! 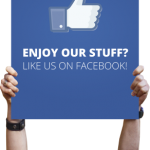